It appears that we will soon see mass arrests of many key conspirators in the Cabal by the Pentagon.

This will create an unprecedented housecleaning of the executive, legislative and judicial branches of the US government, as well as large corporations, the finance industry, the military and the mainstream media complex — which is largely dominated by a handful of corporations.
Multiple insider sources, each of whom have been “vetted out” for their credibility and trustworthiness, have now confirmed that mass arrests of thousands of key conspirators in this vast cabal are about to occur. A highly secretive, highly coordinated operation — working for the good of humanity — is about to make its move.

The Pentagon “good guys” are now in full political and logistical cooperation with a remarkable 134-nation alliance — to bring the perpetrators to justice and free our planet.This alliance intends to break out free energy and many other technologies that were stolen from us.

The security around this enormous operation has been vast. Even those who will be affected by it — and arrested — have no idea of the staggering scope of what is about to be revealed before the eyes of the public.

We now know that the plan for mass arrests has been very actively in the works for at least 33 years. A five-inch thick briefing document was presented to our new contact in 1979 that outlined the whole plan.

EVERY EFFORT WILL BE MADE TO REASSURE AND PROTECT THE PUBLIC

The people who are about to do this are well aware of every concern you have — as an informed reader of truth websites and materials.

Martial law will NOT be declared when this happens.

The military will NOT take control of the government.

Innocent civilians will NOT be imprisoned or harmed in any way.

Any troops who attempt to carry out unlawful orders of this sort, on behalf of the “bad guys,” will be outnumbered and resisted.

Every effort will be made to focus on eliminating the problem — and immediately returning the power to the people in an orderly fashion.

New elections will need to be organized, considering that many, if not most politicians in the United States could be found culpable — either directly or through failure to have taken action.
We now know that 90 percent of the US military are aware of this plan in some form — and at least 60 percent are in support of it. Many more federal marshals, police, active and retired military, and civilians will help out once they realize what is happening. Many, many top generals left active duty, since Bush I, because they realized what was happening — but they certainly did not retire.

Everything is now coming to a head — very rapidly. Divine Intervention — not a fantasy, but very real and very tangible assistance — is insuring that our movement into true freedom and peace will occur… with the absolute minimum amount of damage possible.

Top insiders have now confirmed that everyone in the Pentagon is now aware that some form of Divine Intervention is happening — regardless of what side they are on. Most of them do not know who is responsible. Even the “bad guys” are now saying it could be “Angels or Aliens” doing this stuff. No one on Earth has the technology to do the things they are now seeing — regardless of how classified that technology may be.

Very few people have dared to break ranks and reveal what is happening, as this information is considered very highly classified.

Our ancient brothers and sisters, seemingly lost to the pages of history, have provided critical support — now including direct, astonishing military interventions — to help make this unprecedented operation achievable… and ensure its success.

Therefore, it is now safe to say that everything is happening right on schedule.

In a recent interview with David Wilcock, Insider ‘Drake’ stated a comprehensive plan to arrest all corrupt globalist, banksters and the political elite within a 72 hour period involving the closing down of U.S. borders and satellite communications to prevent and out of country money transfers. Drake added that a transition plan is already in place to convert the U.S. dollar to one that is not based on fiat currency.

Drake mentioned that other countries and non-aligned nations have already stepped outside of the financial control of the G5 and G20 in a new financial system that was implemented on Monday.

To finance this changeover in currency, Drake stated that there are old funds held by patriotic entities that have enough money and valued assets to pay for our national debt 4x over, adding, “This is not collateral accounts, this is private accounting. The end result will be the end of taxation, the release of suppressed technology and prosperity for all.

Continuity of goods and services should still remain in tact, and while there may be a few short discontinuations of services. It may be a good idea to have a small stockpile of basic necessities, such as water, canned food, toilet paper, etc…

In recent alternative news, we have shown numerous articles on the plethora of bankster resignations in the past several months. According to Drake, many of these people gathered their families and a large quantity of money and moved overseas. Drake added that these people will be hunted down no matter where they are on this planet.

Drake stated that “there’s gonna be a 72 hour shutdown. no one will be able to fly or use any satellite technology to prevent the crooks from leaving the United States and from pilfering money electronically.” While shutting down the satellites may affect cell phone service, internet connectivity and even possibly the use of automobiles, this will be done as a preventative measure to ensure that the elite do not pilfer any money to offshore accounts.

Drake stated there will be a specific education channel will be televised for the educating and reeducating of people to our new society, adding there will be county, state and national positions created due to the number of people getting ousted from office as these politicians will be temporarily replaced with interim officials appointed on a temporary basis.

At this point in time, it is unclear who will be appointed to any specific position along with who will be the people making these decisions.

The ramifications of this event will lead other countries to follow suit in a global revolution.

We’ve been told that old money people from before the Revolutionary War have been in contact with our military, and that some 80-90% of the military agree with the ideology found in our founding documents. As far as the financial people are concerned, they will never bring forth the money that’s been intended for this country, these many years, until Washington is cleaned out, because if they did, it would disappear down the black hole of theft, almost immediately.

The U.S. Military has indicated to the financial people that they are willing to back us and that we have their recognition and support. This gives the Military – probably for the first time – power to be used as a backup to federal Marshals who will take into custody all of the crooks and “fun-and-games people” on Wall Street, and so forth. There is going to be a tremendous house-cleaning.

The reorganizational portions of the government itself should be concluded in about 120 days. This 120 day period will begin with a formal announcement from the press-room of the White House. This will give every reporter a clean shot at broadcasting the transition. After a period of about 120 days, free elections will be held. Paper ballots only; machines can be played with; paper ballots are a lot more difficult.

Certain big media groups have agreed to cover these events and assist in the disclosure timeline. These arrests will be televised and fully shared with you, for it is owed to the people of the world that they witness the very moments and actions taken that will mean our release from the control of these people who have for so long worked to exploit and control humanity. The news of these mass arrests will come sudden and come hard, and many who are unprepared with an understand-ing as to why, may feel shocked and confused to see so many people taken into custody.

These arrests will mean the removal of the final obstacles that will allow for the implementation of the new abundance systems that are ready to free humanity from the current economy and its falsely imposed conditions of poverty and debt. The release of withheld technologies and other suppressed
elements will follow to assist this transition.

There are many men and women dedicated to this cause who have been working diligently in secret for years to bring us to this moment, who are eager to present to humanity the new system that will redistribute abundance to all, and release humanity from the mundane life it has known. 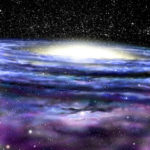