This week’s newsletter was delayed for a day because of sensitive ongoing negotiations involving the Japanese, Chinese, Russian and US governments among others. The negotiations are still going on as of this writing and there is much we still cannot report. However, we can confirm that the Japanese government has agreed in principle to set up a 1000 trillion yen (12 trillion dollar) fund to be used to end poverty, stop environmental destruction and roll out previously forbidden technology in a responsible manner. The problem now is how to sort out the massive geopolitical repercussions this fund will create.

In what may be a related development, there appears to have been a regime change in China because Xi Xinping, the man widely assumed to be the next president of China has not appeared on the official Chinese Xinhua news site since March 31st, while his erstwhile rival, Li Keqiang, is being given massive coverage. This is only one of many signs of massive changes in planetary governance.

In the US, the Pentagon has begun asking citizens to stock up with 72 hours’ worth of food because of possible disruptions associated with the imminent replacement of the US dollar with a new Treasury dollar, according to CIA sources in California. This move is also expected to be accompanied by a massive clean up operation aimed at draining the corruption out of Wall Street and Washington D.C. in order to restore the US to its former moral and economic greatness.

Any new treasury dollar will initially have much lower international purchasing power than the US dollar now being used. This will make Americans buy made in USA products and will make US exports competitive again. It might be a good time now to go out and buy Chinese stuff at Wal-Mart before it suddenly becomes more expensive. Also, do take the Pentagon’s advice and stock up on food to tide you over the transition.
Another sign that something big is about to happen is that a European CIA source asked the White Dragon Society for the names and addresses of members of the following organizations: the committee of 300, the Bilderberg group, the Council on Foreign Relations, the Club of Rome, the Trilateral Commission and the European Commission. These have been forwarded. Here, by the way, is a link to what appears to be a credible list of the current members of the Committee of 300:

Message to the members of this group: “please do not get in our way.”

In any case, the most concrete and detailed intelligence available to this writer comes from Japan where government officials say that for technical administrative reasons, it will take a couple of weeks to set up the 1000 trillion yen fund. These reasons include maintaining payrolls, pensions, tax revenues and other administrative nitty gritty. However, there are no goons available now the [to(?)] Kissinger, Nakasone, Bush, Rockefeller, Rothschild, Koizumi old world order people so their removal from power in Japan is a given.
The big question to be solved now is how to set up mechanisms to handle the disbursement of the 1000 trillion yen to the countries of the world. The only thing decided for sure on this issue is that it must no longer be a secret, centralized system held in private hands. There is also an agreement in principle that the Japanese government will administer 500 trillion yen while the new international economic planning agency will get the other 500 trillion.

This agency, tentatively named LIFE (Long Term Investments for Everyone) will finance European and US economic restructuring as well as promote massive development projects in the rest of the world. However, before it can be started, a small planning staff will begin the process of selecting international talent to run the agency. Exactly when this will happen is subject to ongoing negotiations but hopefully the first usable cash will be delivered as early as the middle of this month.

The BRICs nations will, for their part, set up their own, independent fund as announced at the BRICs summit last week. This fund will be run by China, Russia, India, Brazil and South Africa and will presumably use a basket of currencies dominated by the Renminbi and the Ruble. This group will work in close tandem with the G20 nations, according to their declaration:

Getting back to China, a look at who is appearing on the Xinhua news site indicates that Premier Wen Jiabao, President Hu Jintao and Le Keqiang are being prominently featured. The text of Le Keqiang’s speech

at the Boao forum reveal him to be a moderate centrist and thus likely a compromise candidate between powerful behind the scenes factions. We also know from various sources that the Chongqing party boss Bo Xilai was backed by Henry Kissinger and the old world order cabal he represents. No doubt he was promised the job of dictator of China and the world in exchange for his cooperation. Memo to Kissinger and the committee of 300: the world does not want a dictator.

When the dust settles, the world will have harmonious collective leadership. 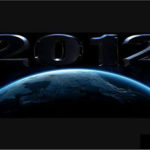 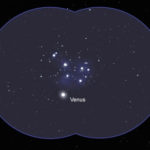