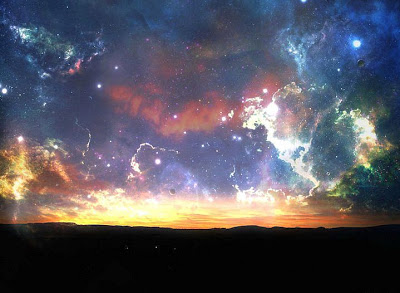 Polar shift 2012: this will not happen. It is true that there have been many axis shifts in the Earth’s geological past, but there is zero scientific or spiritual evidence for one scheduled for this year. The only thing that is true here is that the magnetic (not physical!) axis of the planet is traveling quite rapidly, about 25 miles per year. This only means that the compass needle points to a slightly different position each year.

Apocalypse 2012: there will be no drastic cataclysms this year. Ceaseless work of the lightworkers and a lot of Divine Intervention have insured this. In fact apocalypse is a Greek word for revelation, not for cataclysm. Yes, revelation will happen, when the veils are lifted and we are reconnected with the Source.

Alien invasion: this will not happen for a simple reason that it had already happened long time ago and nobody seemed to notice. Members of the Cabal are souls that invaded planet Earth long time ago from other star systems and they kept reincarnating here until now.

There are no bad aliens left in the universe, this galaxy or our solar system. They have been cleared by Galactic Confederation from the Galaxy and by Resistance Movement from our solar system years ago. There are also none left in deep underground military bases. They have been cleared years ago also. So if you read any reports about battles between Reptilians and benevolent ETs, they are not true.

The only thing left are the uppermost parts of some of underground military bases. There are no Reptilians or any other negative groups there, the only thing you might find there are computers, equipment and some weaponry, including whatever is remaining of exotic weapons. Some of those bases were also intended as safe haven for members of the Cabal in the case of emergency. Positive Military will take care of whatever is remaining of these bases at the time of the Event. They will be backed up by the Resistance, which will intervene directly in this cleansing of underground bases only if Positive Military needs some help.

Nibiru: there is no such thing as Nibiru. This idea comes from poorly translated Sumerian cuneiform tablets by Zecharia Sitchin. There is no such planet that will crash into Earth or even come close to Earth to disturb its orbit.

It is true that there is a planet X that has not been “officially“ discovered yet and this planet often gets confused with Nibiru. But in reality planet X has its orbit that never gets closer than Pluto so it poses absolutely no threat to Earth.

There is also no comet or asteroid that will crash on Earth in the near future. Rest assured that Galactic Confederation constantly monitors all objects in the solar system and they will not be allowed to crash on Earth.

There will be no alternative Earths. Therefore, bright future for the planet is certain. This is also true for most inhabitants of this planet except for a small group of the Cabal that refuses to cooperate with forces of evolution.

Cloning: all cloning laboratories of the Cabal have been shut down by the Resistance years ago. You need to understand that there were two types of clones: robot clones and clones with a soul incarnated. Soul infused clones were produced in deep underground military bases with bodies grown in laboratories and souls pushed from the etheric plane into that clone body with strong electromagnetic fields. All this is gone now.

So there are no clones of Bush or Rockefeller. Nor are there any clones of Fulford, Wilcock or Drake. Those are all real people, involved in the last chapter of the cosmic drama of duality.

Chemtrails/contrails: most of what passes for chemtrails these days are just contrails. Contrails are water exhaust from planes that gets condensed into a cloud in stratosphere where the plane flies. They don’t look nice, but they are not dangerous.

Yes, a small percentage of those are chemtrails, which means that chemicals are added to the water exhaust. In vast majority of cases the pilots that fly those planes have no idea that they are involved in spraying chemtrails.

Chemtrails are not as dangerous as you might think. The volume of atmosphere is vast and toxic chemicals get dissolved pretty quickly below the concentration that is still harmful for human beings. Be more concerned about water you drink from your tap and food you eat from the supermarket.

Illuminati symbolism: this is in fact symbolism of ancient mystery schools. Symbols are reflections of archetypes of divine truth. They can be interpreted in both positive or negative ways. Illuminati used these symbols because Illuminati groups originated from mystery schools whose teachings got corrupted over the millennia and the original meaning of symbols was lost.

Now that we have dispelled some fears, we can focus on more important things. Details will be posted on this website in a few days. 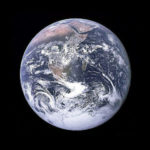