06/06/2012 BREAKING NEWS: NEGOTIATIONS FOR A PEACEFUL SURRENDER OF THE CABAL

BREAKING NEWS: NEGOTIATIONS FOR A PEACEFUL SURRENDER OF THE CABAL

Drake wants “the people” to vote on a proposal as to how the Dark Cabal/Banking Families need to surrender and on what terms. What is our demands? Options are to have an all-out war of violence in taking out the banking families or should we negotiate with the dark cabal to transition into a peaceful new way of freedom.

Do you (the people) want all-out war? If so the Civilian Military will be fighting the mercenaries and loyalist of the Dark Cabal/Bankers. Many of both sides of the fight would be dead or wounded. Both sides want to transition without war or violence. A proposal needs to be written so that a peaceful transition can occur.

I will post an official statement from the Resistance Movement about this as soon as I gather intel, which will be in the next 12 hours or so.

P.S. You can listen to the Drake’s show here:

Please listen to the show first, and THEN make comments to my post. 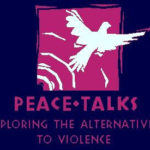