Pleiadians, Resistance Movement and the Event

You might want to listen to the latest Drake’s interview, especially from 35 to 42 minute mark:

And also watch this video about the terms of surrender for the Cabal:

The Pleiadians, other positive ET races and the Resistance Movement are closely monitoring the situation. The Cabal has until June 21st to publicly announce their surrender over the mass media. If they do so, the situation will take care of itself. If they don’t, the Pleiadians and the Resistance have plans that will begin to be implemented immediately. The exact execution of those plans depends to a certain level on the actions of the Positive Military group in the next few days.

The positive ET forces are making sure there will be no cataclysmic events taking place on Earth in the near future and they will intervene before anything like that can happen.

To understand a little more about the background of the situation, you can listen to my interview here:

Or read a transcript:

It is interesting to note that when my interview was published on Kauilapele’s blog, his website received exactly 20,000 hits that day:

Definitely a sign of divine intervention! There are forces greater than all of us and they are making sure that Light will be victorious on planet Earth. 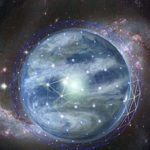 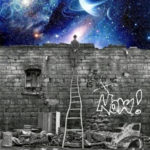