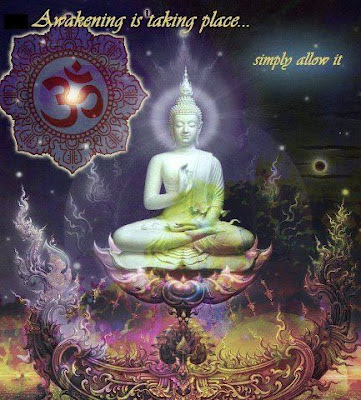 The Plan and What You Can Do

I have received new intel about the Plan.

The Event will be a multidimensional breakthrough for planet Earth that will send waves of Light across the Universe. The Event will be spiritual and physical in nature. It will encompass a breakthrough in removal of non-physical negative entities, mass arrests of the Cabal and drastic increase of sightings of positive UFOs. It will be an unified effort of the Pleiadians, the Resistance Movement, Positive Military, White Dragon Society and other positive groups.

The Event is scheduled for October this year or later.

The Event is only the beginning, then things will go as fast as humanity can integrate. First Contact operations will proceed along with the restructuring of the system. New financial system will be very short lived since after the First Contact money will become obsolete. The Ascension will NOT happen on December 21st. Humanity needs a lot of healing and December 21st is just the beginning of the Ascension process.

The main reason why mass arrests of the Cabal did not happen within the April to June timeframe is that the Positive Military was not aware of Archons until recently and did not integrate them in their 35+ years old plan. The other reason was that positive groups got heavily infiltrated by the Cabal.

Nothing spectacular will happen on August 4th. There will be a gradual increase of number of UFO sightings during August / September period. The hostage situation around humanity is slowly being resolved, the ships of Pleiadians and other positive civilizations of Light are progressing towards the surface of planet Earth.

Many people would like to become more active and are asking me what to do.

Second, you can distribute information.

Third, you can spread the beauty of your Soul.

Fourth, in the future when safety conditions permit, I will be able to hold conferences worldwide where I will speak about different topics connected to the planetary liberation, ascension, disclosure and first contact. There people will be able to ask questions directly. People willing to organize such events can contact me at cobraresistance@gmail.com .

Fifth, the scope of this blog, projects associated with it regarding planetary liberation and people’s response to this has grown to the point when I can no longer cover everything with my own financial resources. Information in this blog will always be free. However, additional funding is needed from wealthy persons that are willing to contribute something to those liberation efforts. I trust there are some rich people out there that haven’t been completely absorbed into the Rothschild casino and would like to support the Light instead. Minimum donation is $1000 and regular monthly donations would make things much easier. Those willing to help, please contact cobraresistance@gmail.com for details. Please understand that call for funding is directed towards wealthy individuals outside the Cabal as this would not be a burden for them, and not to general population. Large part of the donated money will go towards a project of healing planetary timelines with advanced reverse time loop technology.

Many people have asked to join the Resistance. This is not possible at this point. Only few extremely well trained agents of the Resistance are now operating on the surface of the planet. After the Event, the Resistance will gradually make itself known to the general public.

I have received reports from some people that they can not post comments in my blog. I do not know the reason for this. I hope it is just a technology glitch and not the Cabal interfering with us. I rarely delete comments and I do so only when they are extremely negative and counterproductive. The comments section in my blog has evolved into a sacred space where awakened beings can share ideas and revelations. 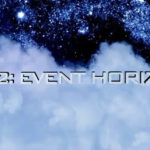 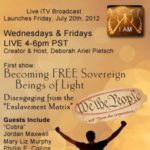