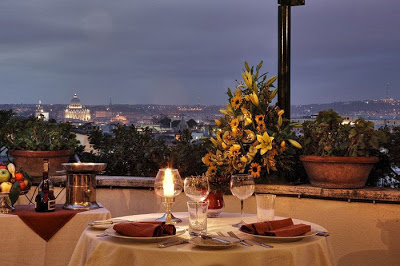 Operation Dreamland is an operation of the Light forces to start a new Renaissance on the surface of this planet. The first Renaissance 500 years ago has been initialized by a certain positive occult group behind the White Nobility in 15th century Florence.

The second Renaissance will be started by the same occult group worldwide and will herald the final victory of the free human spirit over the forces of limitation.

Contact has been made with White Nobility lineages that were involved with the birth of the first Renaissance and might as well help with the creation of the second.

Contact made with Grail White Nobility lineages means restoration of the Magdalene mysteries as preparation for the true revelation of the Goddess.

First, to restore abundance to the Lightworkers. Many Ligthworkers have a belief system that spirituality means living in poverty. This belief system is mind programming from the Cabal. In truth, physical abundance is a natural expression of the beauty of the incarnated Soul and every Lightworker deserves it. The Cabal wants to keep Lightworkers away from money to hinder the progress of the Light forces. The methods of the Cabal range from relatively harmless such as paid disinfo agents posting ad hominem attacks for “Cobra taking $1000 donations”, to moderate such as non-physical negative entities blocking business activities of the Lightworkers and then to more serious such as blocking access to funds that belong to the Lightworkers or outright stealing them.

The second purpose of the Operation Dreamland is to start disseminating true occult teachings of the mystery schools of the Ascended Masters. In the last 26,000 years as this planet was quarantined and almost completely cut off from direct contact with the Ascended Masters, spiritual teachings have degenerated and now blind are leading the blind. One such example are many channeled messages that supposedly come from the Ascended Masters or Galactic Confederation. What happens in most those cases is a genuine energetic contact, but on the mental plane the Archons come in with their technology and insert messages that look full of love and light on a first impression, but in reality are just recycled phrases.

At the Event, the Light forces will begin to reveal true teachings of Light. In many cases those teachings will be a little bit different from what most people expect, as this planet has been cut off from true Light for 26,000 years and many things have been long forgotten.

There are certain preparations for Operation Dreamland that need to be made before the Event. Some members of the White Nobility have already responded to my call, and if any more from them want to join, they can contact me at cobraresistance@gmail.com.

In addition to that, hundreds of Lightworkers have also contacted me for that purpose, offering their help. I would ask anybody that wants to be involved in Operation Dreamland to very clearly state their talents, skills, contacts and resources that they can offer. If they can be involved in pre-Event preparations, they will be contacted soon. If not, they will be contacted directly by the Resistance soon after the Event. 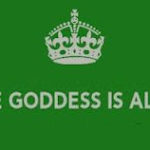