Message to the general population

There is a very important operation of the Light forces that is reaching its climax today. This has provoked a very strong reaction from the dark side and this has led to unusually high percentage of negative comments in my blog. Until this operation is over, all comments are blocked. In the future all comments that personally attack anyone, are extremely negative or vulgar will be removed.

My blog is a communications hub for the Light forces and not a trash bin so I would ask everyone to post your comments accordingly.

To clarify some confusion, I am simply a messenger for a certain group of the Light forces and do NOT belong to the Cabal. The same is true for my contacts that provide me intel.

I would suggest everyone to focus upon the Light, especially today. 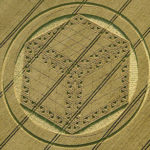