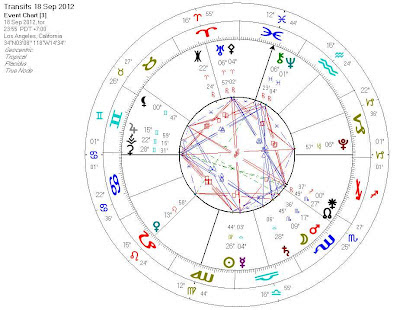 Fall of the Reptilian Empire

We are in the last phase before the fall of the Reptilian empire. Reptilian empire on the etheric and astral planes around the surface of planet Earth under the dictate of the Archons and black nobility guided Cabal financial slavery system on the physical plane of the surface of this planet is the last stronghold of once vast Orion dark empire that was feared throughout the Galaxy for countless millennia.

However, the progress of Light in the last few decades was such that we are just before the final breakthrough that will bring this Reptilian empire to its knees. There was a very successful operation of the Light forces completed on this planet on August 25th that sent a very clear signal to the leading Archons that their defeat is near and undeniable. This has set them in panic mode and inside the time window between August 25th and October 7th they are trying to do everything they can to stop the progress of Light. This is their last chance to create as much division, confusion and conflict between all people that are working towards the liberation of this planet as possible.

During this time frame you will read all kinds of accusations, distortions and disinformation on the internet. My suggestion would be for everybody to turn inside towards the still small voice of Truth and learn not to judge people or get involved into conflicts. The Archons will try to instill as much conflict as possible, commanding their Reptilian minions on the etheric and astral planes to pressure on the weak spots, doubts and insecurities of everybody.

During this time frame, fears about world war 3 and martial law will arise. Although the Cabal has plans to make those things happen, they will not be successful. Positive ET races and the Resistance Movement want peace and it is within their power to prevent world war 3 or martial law simply by pressuring the key members of the Cabal.

Today is September 9th. No “doomsday clock” will go off as some people are afraid. Instead, this day is a portal of Light that is very much needed to brighten up the atmosphere. Today I would ask as many people as possible to join our Weekly Liberation Meditation to reinforce that Light.

Between September 15th and September 23rd there will be the most critical period as this is the exact time of the second Uranus Pluto square in 2012 and Archons will then try to provoke as much violence and conflict worldwide as possible. This Uranus Pluto square will be even stronger than the one in June because its exact moment will happen just one day after Pluto turning direct:

This is Archons’ last chance before the breakthrough of Light. As it was said in my previous post about Uranus square Pluto, here are instructions for that challenging time:

“Regardless of the events in the next few days, please remain calm, but alert.

Archons and their minions will try to provoke you. It is natural and human to feel anger, fear, doubt or impatience. But do not act on it. Just calmly observe your emotions, take a few breaths, maybe play your favourite song and then decide how to act.

Do not engage in violence, whether physical (rioting, violent revolution) or verbal (attacking messengers on the internet, hateful comments to anyone, relationship quarrels). Violence will NOT solve our problems. Clearly planned and focused action will.

Focus instead on beauty, nature, meditation. Find calmness within. And when you need to act, act from that calmness.”

Before October 7th, billions upon billions of Reptilians will be cleared away daily from the astral and etheric planes by the Light forces. This is a very volatile time during which the Event will not happen as it would be very unwise to trigger things during the peak of the Archons attack as this could lead to many casualities. After that, more Light will come in and after October 7th I will be able to release more intel about the Event. 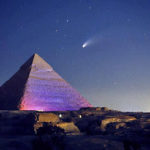