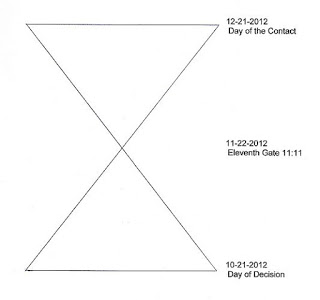 Our decision is the key that shapes the world. Decision is the spark of free will that ignites the cycle which brings everything into manifestation.

Humanity as a whole has invited the dark forces on this planet in Atlantis. This was our old decision which triggered a cycle of suffering for humanity. Now, on October 21st, we are making a new decision. We are choosing freedom from all darkness and we are inviting forces of Light. We are deciding for unity and cooperation, we are choosing to be non-judgemental and loving to each other. A beautiful video with a powerful message has been released today:

My last interview has the same main message:

People were asking me what decision can every average person make to help with the planetary liberation process. It is so simple yet sometimes so hard to do: become a more loving person in your daily life interactions with people and learn to cooperate with others in a non-judgemental and constructive way. For those more awakened, you can become aware of non-physical beings that provoke you and push your buttons and choose to act positively instead of reacting from provocation. You can also devote time to hone your skills and talents and find ways to use them in contributing actively to the planetary liberation process. Simply make a decision what you want to create and support it with active visualization, invocation of Light and physical action.

The energies are definitely building up and one of the projects of the Light forces shows great progress:

The Orionid meteor shower peaks on October 21st and will signify the power of our decision:

The hourglass shape of the Orion constellation is the same as the shape of the Antarion Conversion, which is a multidimensional stargate which transmutes darkness into the Light. You can note that the map for the Window of Opportunity 2 has the same shape, as this Window of Oportunity is an Antarion Conversion stargate in this space and time which transmutes darkness into the Light. This is exactly what the latest Pleiadian crop circle communicates to us:

Victory of the Light! 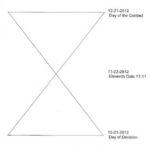