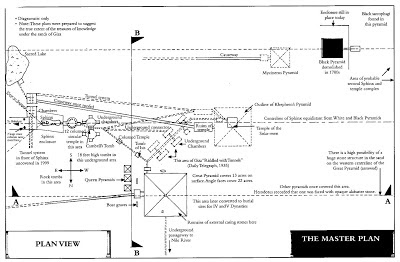 The activation of the Portal on December 21st was a partial success.

Our core group in Egypt was extremely successful, managing to anchor Light in the face of all physical and non-physical opposition from the Cabal. During the timeframe of our activations, a Illuminati freemason group from the United States has locked itself into the Cheops pyramid, doing one ritual after another, fanatically trying to prevent the opening of the Portal. Needless to say, the Cabal has no idea about true occultism, as they have chosen the wrong pyramid. We did our activation inside the Kephren pyramid, which was always considered the true Great Pyramid. Kephren pyramid is the stargate of Love and the actual Alpha point for the whole planetary energy grid. There is an Atlantean underground passageway directly linking the Kephren pyramid with the Sphynx:

Nothing could stop us. Not one month of constant energetic attacks on me and other key people in our group, not two false flag attempts by the Cabal to close down the Giza complex, one with a terrorist bomb and one with a man with knives, trying to sneak into the Giza plateau, not all spies and agents of the Muslim Brotherhood which have received instructions from the government to immediatelly stop any group attempting to meditate.  We opened the Portal in the face of all darkness and this is the true Victory of the Light. Our small group of 50 to 60 people inside the Kephren pyramid was the only positive group that was doing any activations inside pyramids on that day. Details of how we managed to do that will one day make a great novel that will surpass the Da Vinci Code, except that it is a real story. Unfortunately I can not tell it yet because that could endanger many Light warriors, some of them belonging to White Nobility, some to Resistance and some to Guardians that are keeping the mysteries of the pyramids safe for generations,  that helped us along the way to achieve the impossible. I would also like to add that we were physically safe all the time.

Here is a photo of orbs at our activation at the Sphynx:

And photos of entrances into the subterranean network of Atlantean tunnels at Saqqara. Those tunnels lead all the way to Giza:

There were many dedicated beings around the planet joining us in meditation and at this point I would like to thank them for their effort. However, the critical mass has not been reached.

This is what the activation of the Portal has managed to achieve on the planetary scale:

This is what the activation of the Portal has failed to achieve:

Etheric Archon network has survived the opening of the Portal almost intact. This is the biggest problem for the planetary Light forces. More awareness is needed among the general population about this so I will post another article about the etheric Archon grid, detailing exactly what part of it has remained so that we can help with our consciousness to dissolve it. The Event can not happen until we reach a substantial progress in this area. This is now the only main obstacle preventing the Event. As above so below: etheric conditions manifest on the physical and if we want to create a physical planetary change we must first change the non-physical conditions.

And this is what we will do. Victory of the Light is near! 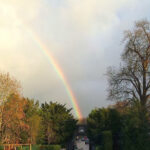