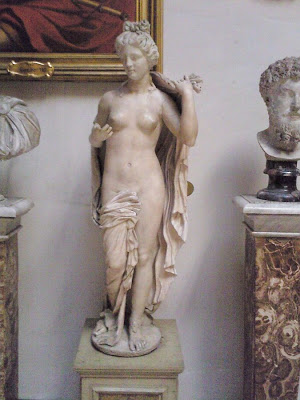 Short Update about the Rome Conference

This conference was a great success! Predictably, after one week of rain, the skies have cleared just as we started the conference. We were working again with St. Germain, putting an etheric virus in the matrix structure of the main planetary Jesuit/Archon energy vortex of Chiesa del Gesu, Palazzo Colonna and Palazzo Doria-Pamphilj in the center of Rome. Surprisingly, the Goddess energy can be found even in those strange places:

The Light forces have communicated a message at this opportunity:

“Rome is an eternal city which was created by the Goddess. It will never be allowed to be destroyed as the Goddess is watching over it, protecting it. It will be transformed. Many of its inhabitants that now walk in the shadows will step into the Light. Those who do not wish to step into the Light will soon never be allowed to walk its streets again.”

At the conference, we have created four core groups that will grow into one of the currently missing links for the surface infrastructure for the Event. Two more groups will be added at the Irvine/Laguna conference and the existing groups strengthened. After all these are established, the next phase of this project follows.

You can join the groups and also actively participate in their activity. You can find the Planetary Leadership group here:

We are creating the Victory of the Light!